TWO months after the explosions and radiation leaks at the Fukushima Daiichi nuclear power plant in Japan, the prime minister, Naoto Kan, has announced that the country will not build any new reactors 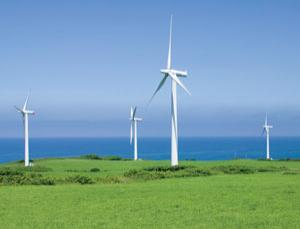 If Kan really means it, the government will have to abandon the plans for expanding nuclear power it adopted only last year. To make up the energy shortfall, Kan has set the ambitious goal of using renewables.

That is most likely to mean wind, according to a report released last month by the Ministry of the Environment. There is “an extremely large introduction potential of wind power generation”, it says, especially in the tsunami-hit north-east of the country.

“The potential of wind is huge because of the contribution from offshore generation with Japan’s long coastline,” agrees Tetsunari Iida, founder of the Institute for Sustainable Energy Policies in Tokyo, who advocates a 100 per cent switch to renewable energy by 2050. At present, Japan produces just 3 per cent of its electricity from renewables: solar, wind and geothermal. Nuclear contributes 30 per cent.

Taking into account wind strength, available land and the potential for offshore farms, the report estimates that Japan could install wind turbines with a capacity of up to 1500 gigawatts. More realistic estimates in the report suggest that with appropriate financial incentives, turbines with a capacity of 24 to 140 GW could be installed. Assuming the turbines operate a quarter of the time, this would provide up to 35 GW of electricity on average, matching the combined output of about 40 of Japan’s existing 54 nuclear reactors.

Next in line is solar energy, which the report estimates could provide between 69 and 100 GW without taking up any productive agricultural land.

Perhaps surprisingly, given Japan’s 120 active volcanoes and the 28,000 hot springs associated with them,geothermal energy scarcely figures in the ministry’s report. At best, it says, only 14 GW is available, but much of that is inaccessible because of restrictions on development in national parks. At other sites, exploiting geothermal energy would disrupt springs currently used as spas.

A switch to renewables will require huge amounts of new infrastructure. This will need to be paid for by offering special tariffs as incentives for providers to feed energy from renewable sources into the grid. By coincidence, on the morning of 11 March – the day of the earthquake – the Japanese cabinet approved proposals that would achieve this. “It’s under review by the parliament, and could provide a really big push for renewables if it’s passed,” says Iida.

The contribution from renewables to Japan’s electricity supply is currently almost static, having increased from 3.1 to 3.3 per cent between 2008 and 2009. Iida blames “poor policy support” for this lack of growth. So it is possible that as the shock of Fukushima fades, support for renewables will go the same way. However, polls reported this week suggest that two-thirds of Japanese back a shift away from nuclear power.