Australia’s plan to tax carbon emissions cleared its final political hurdle on Tuesday but industry groups remain critical of the scheme, arguing it’s too expensive and will deliver few benefits to the wider economy, or succeed in cutting pollution.

END_OF_DOCUMENT_TOKEN_TO_BE_REPLACED 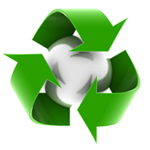 This week the new Australian Government will sit down again with various society representatives to restart the discussion on emissions policy, with a particular focus on the delivery of a carbon price signal into the economy.

END_OF_DOCUMENT_TOKEN_TO_BE_REPLACED

Putting a price on carbon

AUSTRALIA’S clean energy sector is struggling because of delays in the imposition of an emissions trading scheme, leaving the renewable energy target system devised by the Howard government as the only reliable economic carrot worth chasing.

Business owners across the country are grinding their teeth at the delays in putting a price on carbon, the single most critical element in any energy regime that wants to increase the economic attractiveness of renewables and decrease reliance on coal-fired power generation, currently the cheapest system by a long way.

END_OF_DOCUMENT_TOKEN_TO_BE_REPLACED

Wednesday, October 6, 2010 No Comments by admin

WESTPAC, the country’s second-largest bank, has flagged its lending policies will favour energy efficiency and clean energy projects over new coal-fired power stations as momentum grows for the introduction of a price on carbon emissions.